What is the most important role that you, as a business executive, can play in your company’s digital transformation?

This question took on added significance in the last year as the COVID-19 pandemic acted as a huge boost to the process of digital transformation in the enterprise.

“What we see is that two transformations are going on at the same time in big, old companies: They both involve digital technologies,” according to Martin Mocker of the MIT Sloan Center for Information Systems Research.

Mocker, who shared his observations in a presentation delivered at Hitachi Social Innovation Forum 2021, said that each involves business transformation and each aims for substantial improvements in a firm’s performance. Everything else is quite different.

This is how most established companies approached tech investments during the COVID-19 pandemic, according to Mocker. Because they needed to continue to operate even as their employees worked remotely, they spent heavily on technology tools. But at the same time, he said, strengthening the reliability of existing operational processes isn’t new and it’s hardly enough to transform into a digital company.

When Mocker thinks about digital companies, he’s referring to the use of digital technologies, perhaps the same ones that are being used for digitalization — not for the purposes of maintaining operational processes but to rapidly innovate and solve problems for customers in new ways. What’s more, this isn’t just a narrative about technology. It’s also about people and processes.”

While all of this sounds terribly abstract, Mocker demonstrated how this can work by examining the experience of Koninklijke Philips NV, a healthcare company that is in the middle of becoming digital.

In the U.S., almost 18% of GDP gets spent on healthcare. Unfortunately, health outcomes are not improving at the same rate as spending and more people each year wind up suffering from chronic diseases. Against that backdrop, Mocker noted that Philips set a goal of finding new digital technologies to help narrow that gap between increasing spending and outcomes.

Consider what it did for people suffering from sleep-related problems.

Imagine that you haven’t been sleeping well during the last several weeks, frequently waking up multiple times during the night. You consult with a doctor, who diagnoses you with sleep apnea, which is a breathing-related disorder: Basically your brain doesn’t get enough oxygen, and you wake up because you aren’t breathing.

The doctor might prescribe a C-PAP device for you. But for many patients, this doesn’t solve their problem. They try out the device but now they’re also wearing a mask during the night: They are connected to a machine that makes strange noises and prevents them from moving around as freely as before because there’s a nozzle attached to their faces.

Often, this device gets shoved into the drawer, never to be seen again. The insurance company, which reimbursed the patient for buying a C-PAP device, has no idea whether there was any improvement in the patient. In the end, overall healthcare spending increased but otherwise, nothing changed.

Mocker said Philips approached the challenge with the view that it cannot continue to focus on making individual products better and hope for better outcomes. Making a better C-PAP device or a better CT scanner isn’t enough to solve the customer’s problem. The goal was to use its digital prowess to build a system solutions approach that would increase the odds of a positive outcome.

So, in the case of someone suffering from sleep apnea, Mocker noted, Philips connects its C-PAP device to their cloud. Data about the patient’s sleep patterns are tracked by an algorithm and get shared with the doctor, a service team, and the health insurance provider. Now the doctor can also act like a coach and intervene to change behavior when a patient stops using the device. At the same time, the health insurance provider is able to provide additional incentive by tying reimbursement to the actual use of the device. The upshot: a digital offering that provides an information-rich solution to solve a customer problem with a seamless, personalized experience. It is all in pursuit of a single, shared goal – to help the patient sleep better.

However, Mocker allowed that most established companies might have a hard time with the approach taken by Philips.

Often, he pointed out, corporate history gets in the way of figuring out what customers value and are willing to pay for when it comes to digital. Also, bigger, older companies may not be set up to deal with the fact that the development of digital offerings often fail. They may not recognize that these initiatives should be viewed as experiments that get tested in rapid-fire procession, without needing major investments.

To improve its success rates, Mocker recounted how Philips developed a digital platform — essentially a collection of Lego-like components of digital functionality and data. Just as someone can use the same Lego part to build a pirate ship or a castle, Philips deployed shared functionality that third-party developers could use to build digital offerings in a more agile and collaborative fashion.

This approach to open platforms and APIs may come as a culture shock for some, especially within more established organizations, he said. In the early days of the iPhone, for example, Apple provided all of the apps.

“It took quite some convincing before Steve Jobs agreed to open up the iOS digital platform to third parties, including competitors like Google, Microsoft and Facebook. It proved to be a brilliant decision as they built their own offerings on top of iOS, ultimately helping iPhone become an even more appealing product.”

This is when a company really starts to become a digital company: with a fully digital product that’s also a digital platform.

Mocker said this transition raises other questions. For instance, who inside the organization should be in charge of building these new digital Lego bricks? And how much should the company integrate or separate these activities? Also, should there be a separate unit building digital offerings (like Porsche Digital or Toyota Connected Services), or should everything be under a single umbrella?

In the Philips example, Mocker recounted that at first, the company decided to establish separate units. But that led to inefficiency after both the team developing the digital offerings and the team responsible for selling the company’s traditional products went after the same customers.

That confusion shined the spotlight on the problem that often crops up in bigger, older companies where existing hierarchies get in the way of fast development of digital offerings. Mocker said it’s up to managers to take the necessary steps to unshackle their digital teams if they’re to realize their full potential.

Settle questions around autonomy to give your teams more latitude to operate. This may not be easy for some because managers won’t get to decide everything anymore. That authority should devolve to the digital team.

Get ready for culture shock because the boss’s role will change from being the smartest person in the room, making all the decisions, to being much more of a coach. The boss will work to help their team become more effective by removing barriers. It means acclimating to a new role since it’s not the way most business executives acted to get to where they are today in their careers.

Determine whether your enterprise resource planning (ERP), customer resource management (CRM) and product lifecycle management systems reliably support your digital offerings. Digitization is a prerequisite for becoming digital. However, if you are constantly dealing with glitches in operational processes, you won’t have a lot of energy and attention left for innovating new digital offerings.

Lastly, he said, don’t wait until your operational backbone is 100% perfect because it never will be. Delay and someone else will beat you in the race to develop a digital offering that will better meet your customers’ needs. 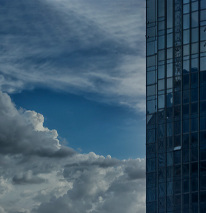 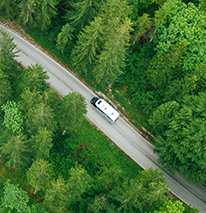 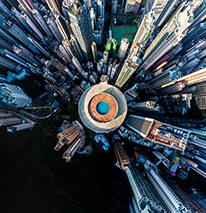 Tech & Trends
Unlock Your Data-Driven Innovation, Together
By Kelly Dittmann