Could every enterprise both think and operate like a software company? If so, these companies would gain the potential to achieve monumental competitive advantages, according to a professor who closely tracks business transformation.

“Leading with software” is increasingly critical for companies attempting to compete in both the digital and physical worlds, contends Vijay Gurbaxani, director of the Center for Digital Transformation at Paul Merage School of Business, at the University of California, Irvine. Gurbaxani recently held a Master Class at the Hitachi Social Innovation Forum 2021, Americas, on a topic called, Leading With Code: Becoming a Software-Driven Company.

“There is an essential pattern to the story of digital transformation, which is that we are all competing on a software playing field,” says Gurbaxani. He believes that “without codifying know-how in software, innovation doesn’t scale easily.”

Gurbaxani cited examples of well-known companies that have generated enormous shareholder value and achieved significant competitive gains by placing their “know-how” into software: Amazon, Disney, Airbus and Peloton. Yet, perhaps the most laudable example of using software to scale innovation was what the world witnessed last year with the advent of COVID-19 vaccines, such as BNT162b2, developed by BioNTech in partnership with Pfizer.

Gurbaxani says the 10-month race to develop and gain approval of that vaccine exploded the previous record of four years for a mumps vaccine. And here’s a condensed view of how it came together: When the genetic sequence of the virus was released, BioNTech scientists, led by their CEO Uğur Şahin, cranked out 20 vaccine candidates in two days, creating source code for each of them. BioNTech feeds the source code into a special printer that creates strands of DNA. One of the candidates proved viable. Consequently, they “shortened the drug discovery process by making it a software-enabled process,” on a proprietary platform, says Gurbaxani. “Now they’re working on HIV, malaria and certain forms of cancer.”

A decade ago, the crowds at Walt Disney World outside of Orlando, Florida, had been growing so much that “quite simply, the lines were long and customer satisfaction was dropping,” says Gurbaxani. “Disney knew that it had a problem on its hands. People had to wait too long for the most popular attractions, it was difficult to get into restaurants and even difficult to get into the park because the lines were so long.”

Disney commissioned the “Next Generation Experience” to attempt to study and fix these problems. The result was a billion-dollar project called MyMagic+, which aimed to give their customers a seamless experience across rides, hotels and other park amenities, such as restaurants. Disney park visitors received an RFID-enabled wristband that reserved access to popular rides and restaurants. Yet, rather than restrict visitors to thin crowds, they used the software to design an alternative. “Once they implemented the solution, they were able to admit 5,000 more customers every single day. And the reason they were able to pull that off is because they can use this software to optimize how people navigated the parks.”

What Gurbaxani wants us to take from the Disney story is that Disney took their considerable knowledge of theme park management and “codified” it into software platforms, enabling them to “capture a disproportionate return on their investment.”

The software that provides massive competitive advantages can take many different forms, but it’s machine learning (ML) that Gurbaxani says “is fundamentally going to transform businesses.” ML enables companies to take a data-driven approach to developing insights that can drive considerable value in proprietary applications.

As proof, Gurbaxani cited the example of Google’s DeepMind team developing AI-powered software called AlphaFold to solve a “protein-folding problem” that had been a “grand challenge in biology for the last 50 years.” Gurbaxani noted that DeepMind isn’t a biology or biotech company, and was in a competition that pitted it against pharmaceutical and academic researchers far more steeped in that field of study. DeepMind held the advantage of AI expertise.

Of course, creating those software advantages requires considerable resources — and “know-how” that can drive competitive gains. What would such a massive shift toward leading with code require from an organization’s business strategy, business model, investments, workforce and culture?

“Software economics is fundamentally different from physical world economics,” explains Gurbaxani. In the software field, an early-mover advantage can drive what he terms “huge-scale benefits.”

You cannot lead with code if you do not think like a software company — one that is ready to invest in proprietary, differentiated software, adds Gurbaxani. “Strategy must be different in a software-driven world. Companies that invest in software are winning.”

Vijay Gurbaxani is Director of the Center for Digital Transformation at Paul Merage School of Business, University of California, Irvine. 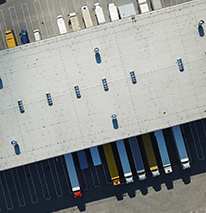 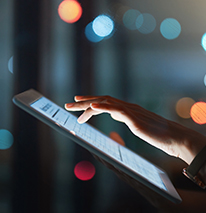