Challenge: Faced with increasing data volumes, the German Federal Police needed better analytics to maintain public safety within Germany and at its borders.

Solution: Pentaho was chosen as it was open source, met Bundespolizei’s data needs, and enhanced their operations.

Bundespolizei is part of Germany’s Federal Ministry of the Interior and employs 41,000 citizens. Bundespolizei oversees air control, air safety, rail patrol, border patrol, crime reduction throughout Germany and patrol of their waters. In addition to their responsibilities within Germany, they work worldwide with other police agencies within the European Union and neighboring countries.

Bundespolizei develops custom software, that isn’t available for purchase, for police agencies. Their IT department is tasked with maintaining the software. Their programs were built on traditional open-source systems including databases and hypertext preprocessors (PHP). They had their own framework, and their software is exclusively for the German Federal Police. The organization has one headquarters, 11 district offices, 80 regional offices, and 160 local offices.

Demand for the specialized software was spreading; other German police groups approached Bundespolizei to learn more about their solution. It became clear to the German Federal Police that they needed to build their own software and that its continuous deployment was crucial. Given the nature of their work, they needed around-the-clock services 365 days a year.

The German Federal Police has a very complex data environment that interacts with many systems. They needed an adaptable solution that could grow with them as their needs change. Their data volumes were getting up to 100,000 data sets per day. Their decision-making process was labor intensive and manual. They couldn’t make fast decisions around crime prevention, airport security or immigration.

Data was compiled in Excel-based systems that were difficult to manage because of their size. The organization was struggling because of low quality of data and large amounts of time and personnel required to provide data analysis.

For regulation compliance, Bundespolizei is required to submit reports about safety to their federal government, parliament (bundestag) and agencies within the EU. They also must provide data aggregation and data quality checks, and deliver them with short notice as the requests are highly critical. 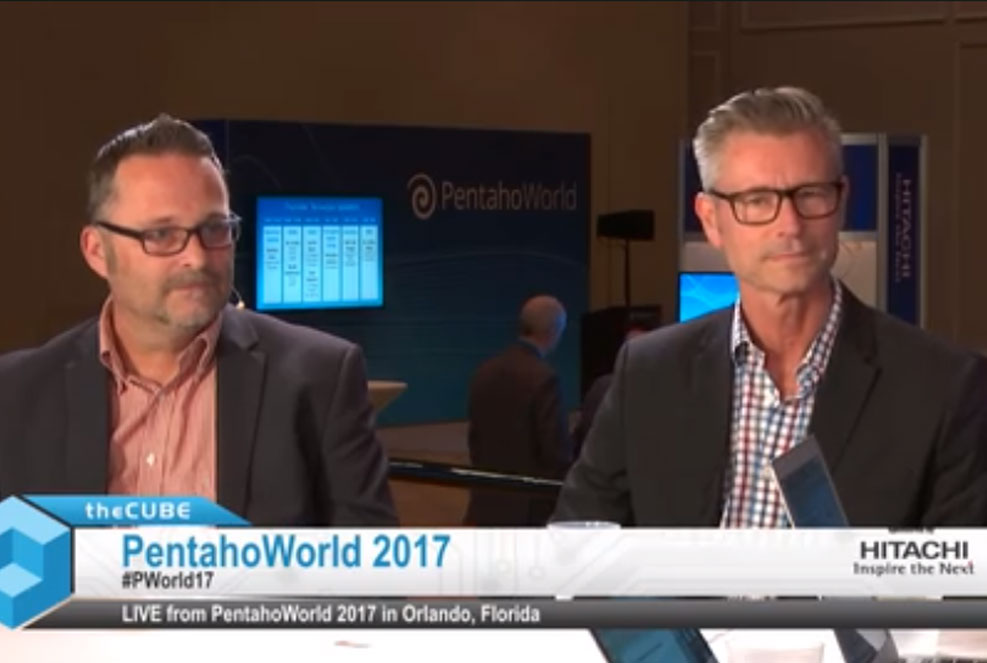 Hitachi Vantara’s Pentaho was chosen because it is open source, has an open interface, and is able to fulfill the organization’s data integration and data warehousing requirements. Thanks to Pentaho, they are now able to provide all data and analysis on time.

Previously the German Federal Police faced issues resulting from having data scatted across countless systems. Pentaho has enabled them to consolidate all important data into one analysis tool.

The German Federal Police creates incoming statistics with Pentaho and calculates the changing needs of mission forces for huge airports, including employee work schedules. The incoming statistics encompass 20 areas of activities such as entry numbers at the borders, asylum caseload, criminal offences or trace successes. Pentaho enables them to blend data from different sources and process it uniformly to serve as basis for analysis. Based on these datasets, they have gained a complete picture of the situation and are able to give different user groups access to the analysis via the web.

The German Federal Police have developed numerous software applications that have been built with various parts of Hitachi Vantara’s big data integration and analytics suite. The primary component is their PES-Web, the German Federal Police’s data cleansing functionality for all statistics provided by their police force. The data is taken from their transaction processing system and is enriched and validated with Pentaho Data Integration (PDI). Next, PDI extracts the data and moves it to their data warehouse where it is available for analysis.

Bundespolizei’s data comes from a myriad of internal and external sources. Some of these sources are:

The organization has solved their authorization and onboarding challenges through Pentaho. Bundespolizei is now able to authenticate via their active directory; they are able to provide correct access based on the cohort’s responsibilities. They have implemented user authorization with their Dynamic Schema Processor (DSP); this ensures that users only see data they should have access to.

Through Pentaho, they have gained operational flexibility as the system can adapt quickly if political, social or economic circumstances change. This enables the authority to extend their reporting duties to national and European institutions – for example, the European Border and Coast Guard Agency (Frontex) – much faster.

Hitachi Vantara’s partner in the German-speaking market for the Pentaho platform is it-novum. Since 2009, it-novum has rolled out countless Pentaho projects, including the German Federal Police. During their Pentaho deployment, the German Federal Police worked with it-novum, who supplies the agency with Pentaho licensing, consulting, implementation, and support services. This collaboration with Bundespolizei is planned to last for seven years, during which time the authorities will gradually expand the solution and integrate it even further.

The Outcome: The German Federal Police Trust Their Data

Hitachi Vantara’s big data integration and analytics platform was a “game changer” for the law-enforcement agency. They couldn’t build their own solution with only two people and realized they needed a more robust tool. Bundespolizei started with Pentaho’s community edition, Kettle. Pentaho has been able to harmoniously scale with the German Federal Police, so much so that Bundespolizei recently purchased Pentaho’s enterprise solution. Now they comfortable trust their data, as they know that it is current and updated regularly.

The German Federal Police enlists Pentaho to aid with mission planning. Booking details of all recording terminals of the authority are ingested into the system, enriched and further loaded into an internal work-scheduling solution. This makes daily work scheduling and planning significantly easier and enables Bundespolizei to react more flexibly on acute needs for action, such as personnel reinforcement of certain border checkpoints associated with streams of refugees.

Within legal provisions it is also possible to make information such as entry numbers at the borders available to other institutions and countries. Usually the exchange of information between authorities fails because of technical obstacles, such as incompatible data formats and interfaces. Because of its open APIs, Pentaho is not only able communicate with most of the common interfaces, but also can enrich and consolidate data and make it available to different user groups for a variety of purposes.

Enable users to ingest, blend, cleanse and prepare diverse data from any source. With visual tools to eliminate coding and complexity, Pentaho puts the best quality data at the fingertips of IT and the business.

You’re in the Right Place!

Get more data-driven solutions and innovation from the partner you can trust.