RBI Group, one of the leading banks in Central and Eastern Europe (CEE), began a major IT transformation in 2019. But when the pandemic took hold in 2020, the bank kicked the effort into high gear to satisfy the growing digitalization of the industry and the increasing number of customers looking to conduct banking online.

But running transformations of 13 subsidiary universal banks across CEE came with its fair share of challenges; accelerated migration of technology to the cloud, re-imagined integration layers with modern APIs and streams – and certainly not the least of which: planned transformations of its core banking systems and data ecosystem. All of this shone a bright light on an unforeseen challenge: how to develop, grow, upskill and/or recruit hundreds of IT professionals to help reinvent the bank’s tech landscape and capabilities for the digital age. And it should be noted that at the time, the bank, like many others, was not overwhelmed with resumes from skilled candidates.

A recent Gartner report found that 64% of IT executives cite talent shortages as the most significant barrier to the adoption of emerging technology, compared with only 4% who felt this way in 2020.

Undeterred, RBI developed a multi-pronged approach to IT talent and embedded it into the Group IT Transformation program. In it, RBI would leverage the advantages of the scale in which the bank operates, such as the newfound concept of virtualization of work, which enabled it to tap into new markets for IT professionals. “We needed to rethink the way we had always operated under in terms of the employer value proposition, attraction and development of IT talent,” explains Marek Chlebicki, Head of Group IT Strategy, Leading Group IT Transformation at RBI.

Tearing Down the False Boundaries

Competition for IT talent in CEE was fierce before the pandemic. It was also localized. RBI traditionally competed with other financial services companies for IT professionals locally, within each market and concentrated on peer networks.

“This was a traditional competitive landscape in a time of ‘continuation’”, Chlebicki said. “Everyone was slightly raising wages and everyone was investing in training & development of people. Everyone was trying to do what everyone else was doing, but just a little better.”

The pandemic, and the acceleration of digitalization efforts across industries, changed the equation. Remote work models made companies reconsider where their talent needed to be based. Suddenly, RBI was competing for local IT talent not just with other banks, but also with many technology companies, retailers, car producers and others who were also investing in digital transformation and growing their IT capabilities across CEE. Soon the IT talent market went global, with the competition now coming from across Europe and the U.S. This talent transformation had a significant impact on the traditional image of the IT workplace in the heads of IT experts.

“All the digitalization efforts across markets and industries raised the demand for talent and started to break the traditional sector and geographical barriers,” Chlebicki said. “Our good IT people began leaving for big tech firms, fin tech companies, regional unicorns, and organizations with global projects.”

There was an upside. Just as globalization brought in new competition for local talent, it allowed RBI to think big in attracting best people in domestic markets as well as look outside its borders for IT professionals for the first time.

“We adapted and changed our thinking,” Chlebicki says. “We were aware that we were running perhaps the biggest IT transformation in CEE so finally we decided to make use of it to attract candidates. We also needed to break this barrier of false boundaries – the idea that you always needed talent from the same country, ideally the same city, who spoke the same language. We had to acknowledge that was not possible, especially for new technologies where the supply of IT talent is not evenly distributed.”

Overcoming false perceptions that job seekers had was another obstacle. After many years where banks were the big IT spenders and the source for technology innovation in CEE, the times were changing. RBI realized that nowadays, IT professionals often viewed banking as a heavily regulated, stodgy industry, full of legacy, slow in action and not without reason. As an example from abroad, almost half of banks in the U.K. don’t upgrade outdated IT systems when they should. Meanwhile retail and e-commerce industries are speeding to digital and cloud.

RBI knew it had a compelling story to tell candidates, however. It fosters an inviting environment, promotes agility and nurtures a great engineering culture that values imagination, especially in the scaling of IT transformation. What it most needed to communicate, especially to young job seekers, was its position on the cutting-edge technologies of digital transformation.

“Years before, people were looking for stability,” Chlebicki said. “With such a liquid market today, with such huge demand, hardly anyone is looking for it anymore. Instead, people are looking for purpose, challenge, development, and growth of competencies. IT experts are moving from one organization to another because they want something bigger, more meaningful to boost their personal value – they want to build a competence at scale. They want the feeling of accomplishment.”

The Attraction of Transformation in Action

RBI could provide plenty of purpose and challenge. Giving customers access to the full suite of banking products remotely across all markets during the pandemic became an important mission. RBI called it the Cloud Migration Acceleration Program and it aimed to bring 50% of the Group technology to the public cloud in two years, and 80% in four years; that’s the kind of scale & challenge young techies could get excited about. In the past two years, the bank has moved 150 applications to the cloud, with 400 more prepared to be moved. And then the accolades started coming in and the bank began racking up awards and gaining recognition for its efforts.

RBI used the momentum to communicate more concretely on what and how RBI Group was transforming. It began sending leaders of transformation to appear at conferences for tech professionals to spread the word about those efforts. It updated its job adverts and campaigns to focus on the speed and agility bank’s Group IT. Finally, the Raiffeisen Tech brand was created to boost the technology face of RBI even further, giving the Group a new edge in recruiting both local talent and IT professionals from around the world.

While defining the aspiration for the new Group IT, RBI expressed a desire to become the top IT employer in CEE. This was a clear directive to grow the team, to invest in development and upskilling. Together with ambitious cloud transformation targets, it created the need to support and augment the internal team with external talent, to foster competence sharing. Between the second and third quarters of 2021, job advertisements in Europe for programmers surged 19% and the competition for new tech capabilities became even more difficult.

“We had reacted fast to the new reality to speed up our attraction processes and invest in more internal training, but it was not enough,” Chlebicki explained. “The pace of cloud migration we aimed for was high and we needed to both develop the teams faster and provide the engineers the opportunity to turn training into practical experience. Defining the Cloud Migration Acceleration Program we decided to reinvent how we brought experienced people into the organization at scale in the format of a technology partnership.

RBI teamed up with Hitachi Vantara to jointly run the Cloud Migration Acceleration Program and augment RBI delivery teams with experienced engineers from Hitachi & Global Logic in order to provide experience, support, and the development of the RBI IT staff.

“Rather than outsource the task, it made sense to partner with someone who had agreed-upon mutual goals,” Chlebicki said. “This included not only meeting the cloud migration targets but, foremost, for training and development of IT experts in RBI. This meant, supporting the Group in building both Delivery Center capacities and the skills of IT people in network banks to ensure that RBI would be fully capable and self-reliant in running the IT in public cloud. This cooperation, mindset, and mutual responsibility was different than the traditional outsourcing agreements in the past.”

In addition to this work, RBI has also invested in the future. Most recently, the Group announced it was a lead investor in 42 Vienna, Austria’s local campus of the global non-profit, tuition-free computer science school, 42. Through this effort, RBI will work to empower the next generation of IT talent, moving away from traditional learning programs with fixed content and schedules towards the more practice-oriented learning of School 42.

Like technology transformation itself, the IT talent strategy in times of digital disruption must be holistic, proactive, and continuous.

“In the past, banks were taking a snapshot approach to IT workforce management, assessing capacity and skillset every one or two years,” Chlebicki said. “Now, we are building an IT organization that can scale and learn fast, understand the skills and capacity gaps in real-time, and look forward to the next big thing for IT. We see how quickly technology is changing. The only way to keep up with the need for talent is to keep one step ahead of your needs.”

Be sure to check out Insights for perspectives on the data-driven world. 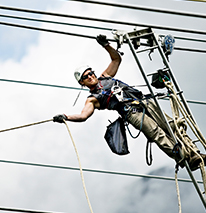 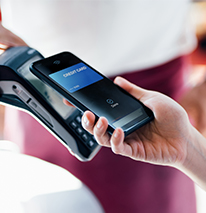 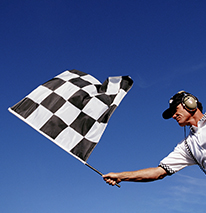