While Digital Transformation is synonymous with business change, today’s ‘new normal’ is changing the rules of DX itself. Rapidly. Redefining them in line with customer wants and needs. So what must businesses do in response? To transform ‘more into better’? To elevate data into a true value creator? To shift from data management to data monetization? To, in short, effect a successful and rewarding Digital Pivot? First and foremost, writes Paul Lewis, Global CTO at Hitachi Vantara, through greater IT agility and by ensuring the ‘edge’ is given sufficient primacy…

If necessity is, as they say, the mother of invention, then what breeds necessity itself?

In truth, as we all know, necessity most often seems to rear its head in the wake of the most wildly improbable and unlikely events. And none more unexpected than those of the last six months or so, of course. Whom, honestly, could have foreseen this year’s unprecedented disruptions? Much less the scale and scope of their ramifications? It has all been scarcely credible, let alone predictable in any real way.

Necessitating invention is what 2020 has most certainly done though. In all kinds of ways. The net result of the ‘new normal’ being, among other things, a range of clearly defined short-term, mid-term, long-term ‘tails’ of change.

And these too are taking many forms.

With business operations now compelled to be more geographically and logistically diverse than at any other time in history, Working From Home (WFH) has suddenly become the standard rather than the exception, for example.

Leadership patterns are undergoing a similarly substantial shift. (Leaders accustomed to managing their teams and through close personal interactions can no longer do so, for instance – at least not in the same way.)

From a tech perspective however, the infamous new normal is being characterized by a significantly more pronounced accent on faster, better, more intuitive service and application delivery. Driven in turn by a much greater and more pressing onus upon the business to do the same: Deliver.

The very idea can be a daunting one. And yet, with the right mindset, it really needn’t be. Because it actually demands, in the first instance, just one imperative: greater agility.

Or perhaps two: greater IT agility and greater operational agility, i.e. ensuring that projects can be delivered faster, and that the edge – the home-working and other remote computing environments now so crucial to business operations – is treated with commensurate gravity.

As imperatives go however, these two are particularly, well, imperative.

In examining the first, while nine months (say) may have been an acceptable delivery timeframe in 2019, it isn’t in 2020; nor will it be moving forward. In fact, such timescales have now been slashed dramatically – down into mere weeks or even days.

Here’s where greater IT agility (again really just another way of describing the ability to deliver projects faster) comes in. And there are essentially five ways this can be achieved:

The second of our imperatives – i.e. giving sufficient focus and primacy to the edge – is no less crucial.

With hundreds, thousands, and even hundreds of thousands of people now working remotely – all creating and consuming data at the edge – simply ‘hardening’ edge environments is no longer enough: they must be actively enabled and empowered.

Accordingly, in this blog series, we’ll be exploring these ideas – the need to evolve both IT agility and to place more emphasis on the enterprise edge and afford it more weight than ever before – in greater detail.

Such a discussion has never been more (cough) necessary.

Nor, perhaps, has the need to start looking at invention through the eyes of not only its mother, but its father: Innovation.

To learn more about our IT approach read our new white paper IT in 2020: Adapting to the ‘New Normal’ of Work from Home

Also be sure to register and join our upcoming webcast on September 23rd at 8 a.m. PT, 3-Ways to Maximize Hyperconverged Deployments. 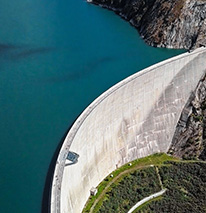 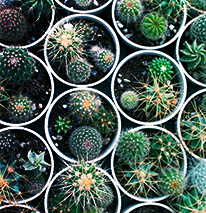 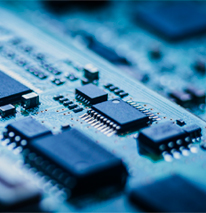