In 1997, IBM´s Deep Blue defeated World Champion Chess player Garry Kasparov. In 2011, IBM´s Watson won over Ken Jennings in Jeopardy, the best scoring contestant in the game show’s history. These are examples of narrow gameplay with strict rules on winning, where the amount of data created to train a machine learning model is limited.

However, developers are getting creative and developing new ways of training AI engines at more complex games. In 2013, DeepMind was trained through deep learning by watching hours of video gameplay of Atari game titles. Using only the input of what was on the screen and the instruction to maximize the score, DeepMind was able to win every game and get better scores than even the best human players. Today in 2020, the successor to DeepMind, AlphaStar, is in the top 0.2% bracket of the best players in the history of StarCraft, a hugely complex gameplay and environment.

In the future, developers will start to create immersive and intelligent games that will be self-taught and will evolve with you as you play. Imagine sophisticated games that can change and respond to player feedback, and in-game characters that can evolve the more you spend time with them, both in video games and with Artificial and Virtual Reality. To do this, you need data, sometimes lots of it, and you need it to be the right data, at the right place, at the right time.

One obstacle for realizing this future is the explosion of data from gamers. Tomorrow’s successful games will not be created by developers who simply understand internal gameplay data just from their servers. Data will be everywhere — on iPhones, AR/VR headsets/glasses, on the cloud in different formats. Not to mention social gaming platforms like Twitch, where the best players upload their most impressive videos. This means that Data Scientists and Creative Game Developers need access to data on any platform, in any format, and from many different clouds – all as fast as possible.

The Digital Twin that the manufacturing world has started to embrace serves as a good model for the gaming developers, as well as a sound general approach for a range of industries. By collecting all of this data from so many different sources, Digital Twins of game titles and gamers can be created to mimic gameplay and understand gamers. Nvidia has already entered this era with their GameGAN, it learned to visually imitate Pac-Man by ingesting screenplay and keyboard actions from past gameplay. When the artificial agent presses a key, GameGAN generates new frames of the game environment in real-time until it has created a new layout. Nvidia has said that game developers could use the system to automatically generate new levels, characters, and even entirely new games. The system is currently limited to 2D games, but Nvidia plans to make it work on more complex games and simulators.

This approach still is not perfect, and the games developed by GameGAN had many flaws and glitches that needed human intervention to perfect. With that being said, as gamers we will continue to expect more and more life-like, tailored challenges and experiences. As a result, we can envision a not-too-distant future, where AI models help build the foundations of fascinating games as it’s being taught by actual game titles and the best gamers. These next-level games will be so immersive and life-like, you might as well start asking for the red pill to get back to real life.

Hitachi Vantara is working with some of today’s leading game developers to help them create a data fabric that enables game studios to be cloud agnostic, work with any kind of data format (from flat files to video files), and incorporate all machine learning models — as well as deep learning languages — into data flows. From R and Python to Tensorflow and Scala, we help gaming studios train their AI models on ever-changing data so that they can not only keep up with game development, but also drive the future of it.

We call this #YourDataOpsAdvantage, and in fact, the principles for data management are the same no matter what industry you are in, from gaming studios, to manufacturing, to energy, to banking. 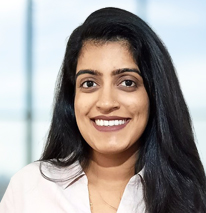 Our Culture
Tech In Her Words: Talking with Yasmin Johal, Lawyer and FinTech Thought Leader
By Marlene Spensley 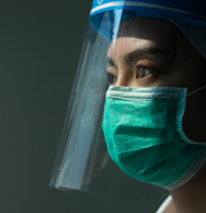 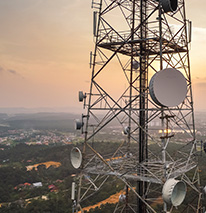 Company News
5G Is Not Just Another G
By Bjorn Andersson