When one looks back on their career, usually they have memories of certain personalities that stick with them throughout their professional journey. These can be managers, peers, mentors, clients, vendors. They are people who have impacted your life in such a profound way that you carry their wisdom, their smiles and their energy with you from one place to the next.

So for me, it’s bittersweet to celebrate the retirement of Hu Yoshida, a legendary Hitachi Vantaran and industry visionary who is signing off from his CTO responsibilities after 23 years with the company. Luckily, Hu isn’t going far and I’m excited to announce that he will remain affiliated with Hitachi Vantara as our first CTO Emeritus, continuing his long track record as a thought leader on behalf of the company while he enjoys well deserved time off from daily responsibilities.

I met Hu several years before I joined Hitachi in 2003, and he was among the reasons I wanted to work here. He is one of the most intelligent, gracious and humble individuals I’ve ever met, and he has worked hard to achieve so much throughout his life.

Hu has been a key player in growing the company with a focused vision for building industry-leading storage products and solutions while truly understanding what the market needs and where it is headed. And when he wasn’t ideating with our engineers to develop the best products, he collectively spent months on the road nurturing and amplifying our sterling reputation for quality as a prolific evangelist with customers, partners and influencers.

But besides being an outstanding technologist and wonderful person, here are a few more things you might not know about Hu that make him so exceptional:

I can’t think of anyone else in my career that I respect more than Hu. He is an amazing role model for us all whose characteristics I’m certain have rubbed off on many other colleagues during his years at Hitachi. He’s a rarity in today’s world as someone who “brings it” all day, every day, while being a perfect gentleman who treats everyone he meets with dignity and respect.

Hu, we wouldn’t be where we are today without your leadership. On behalf of the Hitachi family – we salute you! 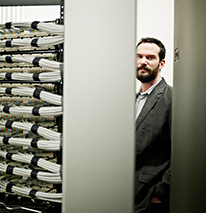 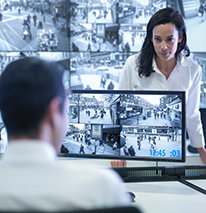 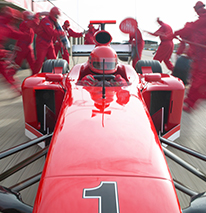