HOME
BLOG
PRESS RELEASES
In the News
By Sheeny Grewal July 22, 2021
SHARE THIS

Generation Z is poised to force big changes in the business world.

This generation, born between 1997 and 2012, and also known as the “zoomers,” will soon surpass millennials as the most populous generation on Earth.  And given that demography is destiny, it’s just a matter of time before this huge population cohort reshapes the workplace as well as corporate culture.

But as members of Gen Z enter the workforce in greater numbers — they constitute about 25% of the overall U.S. population — the business world needs to prepare for what’s ahead.

Compared to its immediate predecessors, Generation Z is unique in several respects. Its members were born after the collapse of communism and grew up in an era scarred by the memory of September 11 attacks and the War on Terror. And as they grew to maturity, they witnessed the meteoric rise of China as well as the spread of a massive, globalized economy.

When it comes to their relationship with technology, they’re also notable in being a fully digitally native generation. They came of age in a world where content and information became increasingly free and where one-click online ordering was taken for granted. These are men and women who have never known a world without the worldwide web. It’s the first generation that has never used a phone with a cord as well as the first generation that has no memory of using floppy disks.

That doesn’t make them a completely different species from earlier generations. But this is the most diverse population in the nation’s history and its members are arriving on the work scene with somewhat different ideas than their predecessors.

The core values of this generation are reflected in their prioritization of social activism and the importance they place on working for organizations whose values align with their own. Given how the competition for talent in a shrinking U.S. workforce is destined to get increasingly fierce, an organization’s success hiring employees will depend on how well they match up to these new expectations.

The challenge for companies and employers will be to highlight their status as socially responsible global citizens and to focus on the quality of goods and services. They also will need to carefully articulate a set of ethics and values, then adhere to them consistently. They will also need to demonstrate commitment to a broader set of societal challenges, such as sustainability, climate change and hunger.

Diversity is also a watchword for Gen Z-ers. Diversity has many dimensions beyond race and gender, extending to identity and orientation. The companies that can better represent the spectrum of differences in their external branding and marketing will be more likely to find success tapping the talent pipelines.

Preparing for the Next Generation of Workers

As we analyze the preferences and behaviors of this newest generation entering the workforce, we need to also consider how the idea of work itself is evolving: We are seeing new working styles, like the gig economy, remote work and the flexibility of career paths increasingly becoming the norm.

These are people with many talents, interests and areas of knowledge. So, think about ways to truly personalize career experiences in your organizations. It’s similar to how businesses think about personalizing offers to their customers. Personalization will help attract Gen Z applicants and can also benefit workers from other generations, helping to attract and retain talent more broadly.

Rather than trying to fill cookie-cutter roles, develop a profile of what makes a great employee, establish internal programs and hire smart, talented people. Then match them with the role.

Along with the familiarity and comfort of digital tools, work will be defined by the ability to learn new systems and to configure and customize these tools. It will require expertise in data analytics as well as business and management skills, irrespective of the position. That means everyone from engineers to accountants will need to have the necessary business acumen.

This is the way to win the talent game. In doing so, it’s also the way to appeal to Gen Z.

And I’m saying this as a proud Gen X-er. 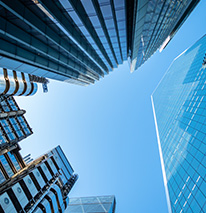 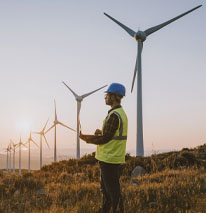 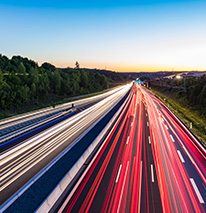